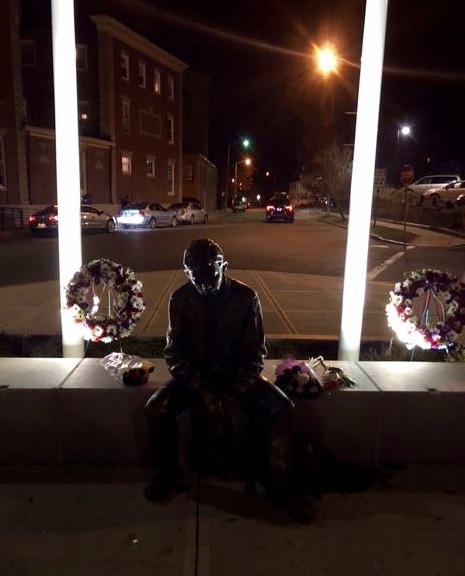 The Commander thanked all who made the Memorial Possible and then  Rep. Jerry Parisella placed  a wreath at the new Memorial, followed by the reading of all the names of those who were killed in Action from Beverly and are now part of the New Memorial along with the Bronze Sculpture.  A crowd of over 300 came out to be part of this historic day, and at the conclusion many took pictures of the new sculpture and the park.